At Lake Victoria, Africa’s largest lake, invasive water hyacinth has become a nuisance for fishing communities. The water hyacinth, native to South America, removes oxygen from the water, killing fish and reducing nutrients for fish in sheltered areas. Hippos enjoying the waters of Lake Victoria, their natural habitat, often get tangled up in this aquatic plant. As this invasive species began to affect fishing communities’ livelihoods, our innovative artisan partners at KICK Trading began harvesting the water hyacinth, removing it from the lake, and putting it to a new use.

KICK Trading, which stands for Kisumu Innovation Centre of Kenya, is a social enterprise that works with artisans, many of whom are women, in the city of Kisumu.

KICK partners with 50 women from fishing communities to harvest the water hyacinth and turn it into new products, such as greeting cards.

Recycled paper is collected from offices and schools, then shredded and soaked for two weeks. It is then pounded into a pulp and boiled. This boiled mixture is combined with the boiled water hyacinth to make a paste. The pulp is made into a slurry combined with natural food coloring dyes, then lifted with screens and left to dry in the sun for six hours. Next, the artists take over. Artisans use recycled metal pieces to embellish their greeting cards with joyful designs.

George Otieno is one of these talented artisans, and in addition to making cards, George and other KICK artisans weave water hyacinth furniture for the local market. In September of 2011, George and three other KICK artisans received a phone call from The Green Belt Movement office in Nairobi. They were asked if they would weave a water hyacinth casket for Nobel Peace laureate, Wangari Maathai, creator of The Green Belt Movement. The movements’ aim is to reduce poverty and promote environmental conservation through tree planting. George and three other KICK artisans wove the casket, weaving straight through for two days and nights, and traveled with the casket to Wangari’s home.

George and his colleagues felt it was one of the greatest things they could do to honor an international heroine.

Harvesting water hyacinth isn’t the only eco-friendly process utilized at KICK Trading. 70 percent of products are made from recycled material, including recycled wire as well as sheet metal, wrought iron, papyrus, soda cans, and wastepaper. Invest in the work of KICK Trading this Earth Day by sending a hand-written note on a handcrafted greeting card or donating in honor of someone committed to caring for the earth. 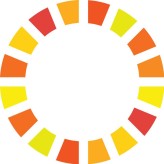