Making of a Yeti

Felting is a unique art and a crafting tradition in Nepal that our artisan partner Association for Craft Producers (ACP) is striving to preserve. See the artisans with ACP in Nepal craft our most popular felt ornaments, the Snow Yeti and his family.

Yetis pass through many hands during the crafting process, from the weighing of the wool until the finished yeti is packaged and sent to our stores.

Sarla is an artisan trained by ACP in the felting process. “[I] used to be very curious about how they craft with wool. How are these cut, stitched, and handmade. It’s been many years now, so we are more experienced. I know, for example, without the correct weight, it’s hard to know how many yetis can be made.”

The wool is washed in water collected in ACP’s facility’s water catchment system and dyed using AZO-free dyes. The facility is partially powered with solar energy because yetis deserve a healthy planet, too!

Each yeti is brought to life when artisans sew pieces together and hand-stitch the smiles.

“We’ve been crafting the yeti for many years, but it was Melissa, buyer at Ten Thousand Villages, who gave the yeti a smile and expanded the family.” – Nerisa, Senior Executive of Business Development for ACP

The original Snow Yeti Ornament now has a She-Yeti partner and a Yeti Baby.

Ten Thousand Villages has partnered with ACP since 1987. Together we work to preserve craft and culture, while spurring innovation and creative designs. 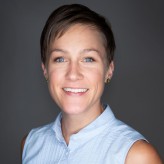